Pasta vs. Noodles: Is There a Difference? 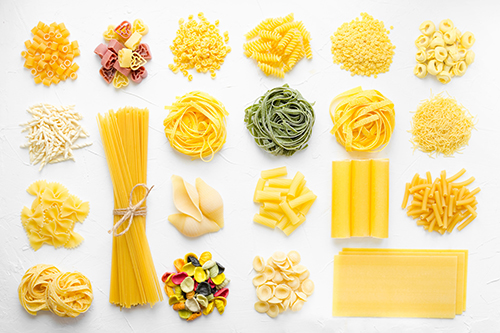 According to the National Pasta Association, the United States has the largest pasta market with 2.7 million tons of pasta consumed. You may be a hardcore pasta lover, but did you know that pasta and noodles are not the same? The differences are minimal but are interesting for any pasta lover to know.

Read on to learn about the difference between pasta vs. noodles.

Contrary to popular belief, pasta did not originate in Italy and instead came from Arabia. However, the name pasta does come from Italy and translates to paste. The process of making the pasta dough is why it gets referred to as a paste.

Pasta has become useful for many ethnic cuisines. It is an attractive food because there are about 350 different shapes to choose from.

Pasta gets made with unleavened dough and sometimes eggs, but the most common pasta types are those without eggs. Pasta without eggs is dried pasta that you often see boxed in the grocery store because they have a long shelf life.

Noodles can get made from different materials, including rice. They can begin as dough like pasta is, but the flour to make noodles is finer than the flour used to make pasta. This results in a finer and smooth textured product that is soft enough to swallow whole.

The name came from German and Latin words that explain that noodles are made with unleavened dough and cooked in boiling water. Noodles can be dense enough to add to casseroles and soups without becoming mushy. You often see them in long thin strips even though there are various noodle shapes.

Up until now you probably thought pasta and noodles were interchangeable. This is not the case because they have many differences from flour to varieties to calories.

Noodles get made with a finer flour while pasta gets made with a harder type of flour. The difference in flour makes noodles a lighter color and smoother texture.

The carbs in noodles vs. pasta are pretty much exact. You enjoy beneficial complex carbohydrates from either of these dishes.

If you are wondering "are noodles low carb?", the answer will depend on how much you eat. 100g of plain noodles and 100g of plain pasta both sit around 25g of carbohydrates.

When it comes to pasta vs. noodles categories, they are based on the ingredient used to create them. For example, you can find potato noodles, rice noodles, and more.

The calorie content in pasta vs. noodles is similar, yet different enough to matter to some. The calories in pasta are generally a bit higher than in noodles at about 15 more per cup.

Which Will You Choose?

The rivalry between pasta vs. noodles is slight because they have similar nutritional values. The biggest difference you will find between the two is how they are made and the texture of each. It really comes down to what you prefer so which will you choose?

Whether you are craving pasta or noodles, you can count on us. Check out our delivery options and place an order now!